The 10 Craziest Reasons for Garbage Disposal Repair in Lawrenceville

Garbage disposal repair in Lawrenceville is necessary for many crazy reasons.

Ringing in 2019 with garbage disposal repair in Lawrenceville isn’t anyone’s idea of a happy new year. In fact, what’s worse than not knowing what’s going on down in that mysterious and dangerous abyss we call a garbage disposal? Well, plenty of things are worse, but man is a broken disposal inconvenient. And while DIY is often an option with household breakdowns, somehow the garbage disposal is scarier. That’s why professional attention is so critical. You can find some examples of that here.

So, what causes disposal breakdowns? There are dozens of possibilities! Mainly because it’s a common misconception that garbage disposal equals garbage can—which is far from the truth, and is also why garbage disposals are prone to breakdowns. It’s not the disposal that’s at fault, it’s the garbage. And some garbage is much grosser than other garbage.

Let’s take a look at ten of craziest things people should not be putting in their disposals that are often the primary reasons for garbage disposal repair in Lawrenceville.

Too Much Rice Is Too Much

Rice is awesome. It’s white and fluffy and delicious and goes with so many meal options! You don’t necessarily think of it as being harmful—until it hits your garbage disposal. Keep in mind that rice expands in water. Even if it’s fully cooked, it can still absorb liquid and get bigger…and bigger. And if you put a bunch in the garbage disposal, it will fill the space until your disposal puts up the white flag in surrender. Then, you have to call a plumber for disposal repair. Instead of busting the disposal with leftover rice, send it to the trash or compost pile. Your disposal will thank you.

The P Words – Pasta and Potatoes

Rice isn’t the only thing that can swell up and mess up your kitchen disposal. Pasta and potatoes can do the same thing. It’s very common for people to shove potato peels right down the drain and the result is a broken disposal. All of that starch and tough, fibrous skin, and the swelling of the potato flesh is a perfect storm to tear apart the blades and drain. Pasta is softer than potatoes, but it can balloon up like crazy too, blocking the drain and sticking in the pipes. Keep the P words away from your kitchen sink, or you’ll be calling for another P word – a plumber. 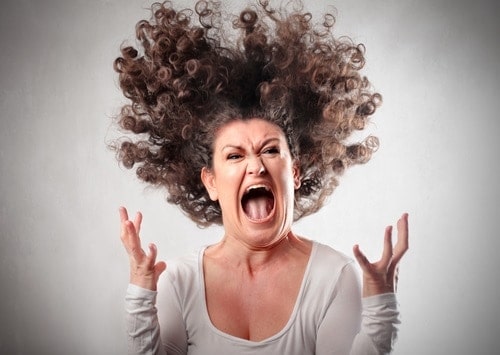 Oil Is for French Fries, Not the Disposal

Lots of foods contain grease and oil and keeping every bit of it of it out of the sink isn’t realistic. But take our advice and don’t pour oil down the drain. Oil and grease don’t just run down through the pipes and out. They coat the blades in the disposal and reduce the effectiveness of the shredding blades. It can also clog the drains and create a heck of a smell if it starts to decay. Even seasoned plumbers cringe when they have to mess with rotting grease.

Do you have leftover oil-based salad dressing? Pour it in a cup or bag you’re throwing away anyway and toss it in the trash. Leftover cooking oil? Check for a local used cooking oil recycling facility in your area. Take care of your sink and the planet at the same time. Take a look at more information on cooking oil recycling on the EPA website. If you can’t recycle, at least put it in an old milk carton or unrecyclable container and put it in the trash.

Celery, artichokes, corn husks, pumpkin, and onions can all break a disposal in a skinny minute. The stringy, fibrous parts of them can wrap around the teeth of the grinders and can bring it to a screeching halt. This can keep the motor from working properly, and even result in a broken motor that needs replacement.

We’ve Got a Bone to Pick

Two words – don’t put bones in your garbage disposal. Okay, that’s more than two words, but we want to make sure it’s clear. Do not put bones in your disposal unless you want to pay for a new disposal. They’re too hard and too dense for the disposal to dispose of properly. They can, at the least, cause a clog, and could end up damaging the blades and the motor.

Drain Cleaner and Other Chemicals

Everyone loves to DIY their household problems, which is admirable! And unclogging a clogged bathroom sink is easily done with some chemical drain cleaner. If your kitchen sink gets clogged, do not, we repeat – do NOT pour drain cleaner in the garbage disposal! While it might seem like a quick fix, chemical drain cleaner will break down the plastic components in your disposal and cause damage to the metal blades. Your quick fix could result in a new disposal. If there’s a clog in your kitchen sink, call a plumber.

The Pits Can Be the Pits

Common culprits for shredded shredders are fruit and vegetable pits. It’s easy enough to toss a peach pit into the sink, throw the discarded cherry pits in when rinsing the pit bowl, or let an avocado pit slip down the drain. If you can’t chop it up easily with a knife, don’t expect that the blades in the disposal can do it either. Pits go in the trash because a broken disposal due to pits is the pits. 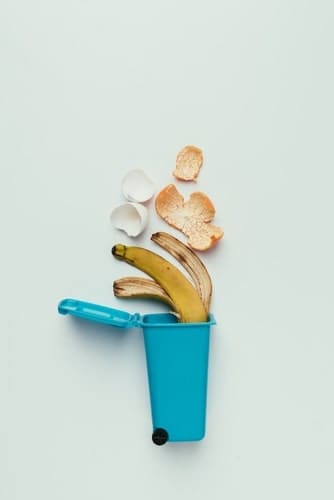 Egg Shells Are Tougher on Blades than You Think

The thin, delicate eggshell can wreak havoc on your disposal. Surprising, but true. When eggshells go through the blades of your disposal, they don’t sharpen them, as some urban myth might indicate. Instead, the membrane inside the shell can get lodged in the impeller. This is the part of the disposal that works to move food to the blades on the walls of the unit. While they might seem soft and harmless, they are a common reason for disposal repair.

Oh, coffee smells so good! And some people can’t live without their daily fix. But your garbage disposal isn’t so enamored of what’s left behind after the brew. Putting coffee grounds in the sink might seem like a great idea. They can get rid of any lingering odors from other food waste that went before it. But think about the consistency of those good smelling coffee grounds. After it turns into coffee, the grounds turn into a thick, dense, sticky, pasty substance. Does it smell good? Yes. Will it damage or break your disposal or clog your drain? Also, yes.

Things That Aren’t Even Food

Are you ever tempted to pick a small piece of trash or debris off the floor and toss it in the sink? Everyone’s done it from time to time. What harm can a small piece of paper or dirt do to the sink? It’s a garbage disposal after all. Well, not that kind of garbage.

While it might seem harmless to let the blades handle things like plant clippings, a little potting soil, a small piece of fabric, or even part of a sponge, it’s anything but harmless. A word of advice from a plumber – if it won’t disintegrate, don’t put it down the drain. Same is true for your disposal. Non-food items won’t break down enough, or quickly enough, to wash down the drain, and they can do irreparable damage to the disposal in the process. 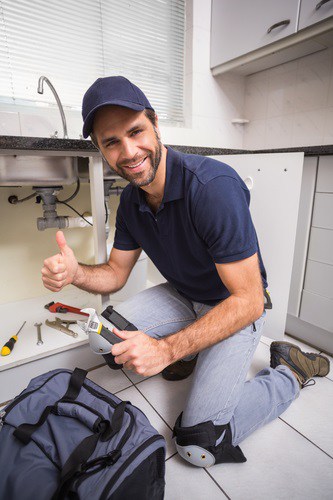 Some people use their kitchen sink disposal for everything, and some hardly use it at all. Either way, you can see why it’s a good idea to keep the above items far, far away from the blades and moving parts of your garbage disposal, so that you can avoid repair or replacement. Proper use of a garbage disposal can keep it running smoothly for up to 10 years.

If you should ever have an incident where something clogs, breaks, damages, or otherwise incapacitates your garbage disposal, all you have to do is reach out to the pros at Anthony Wimpey Plumbing. Don’t worry, we’ve seen it all! Contact us today to fix any plumbing problem including garbage disposal repair in Lawrenceville.