Need a Monroe emergency plumber on the double? Here are ten reasons you might want to call immediately, even if you’re not sure it’s a genuine crisis.

Okay, kidding. Even us plumbing enthusiasts know you’d rather deck the halls and baste the turkey than hire a plumber to fish that dropped sponge out of the garbage disposal or remove Aunt Hilda’s hairpiece from the toilet. (What was she doing in there??) But sometimes you can’t avoid an emergency, and when you’ve got company coming in T minus 4 hours, you need help fast.

That’s where a Monroe emergency plumber comes in. If you already know you have a catastrophe on your hands, pick up the phone and call 770.385.5660 immediately. On the other hand, some crises disguise themselves until it’s too late, so you have to remain on guard. If you want to avoid an O holy night of the worst kind, here are ten emergencies to watch out for right about now. 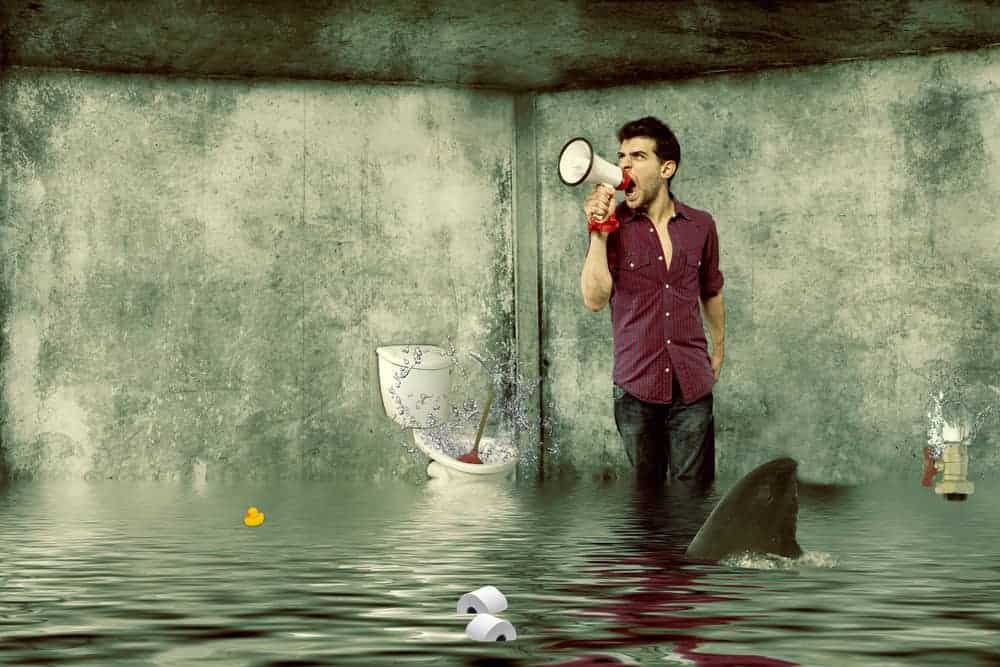 Just a small crack in the faucet, is it? You probably figure it can wait until later. You know, when you have more time to deal with the issue and the Brussels sprouts aren’t turning brown in the steamer. Sadly, thinking just like that leads to more indoor geysers than you can imagine. When enough pressure builds up, a small crack can quickly become a huge flood. Good luck Little Dutch Boy-ing that. (Spoiler alert: You can’t, so call a 24/7 emergency plumber.)

Atlanta doesn’t see that many flakes of snow, but it sure sees its share of freezes. Unfortunately, because it’s so warm much of the year, many of the pipes are located close to the surface or even above ground. That puts them in grave danger of freezing and cracking. That can cause pipes to burst, unfortunately, which can lead to floods when the weather warms back up. That said, don’t assume there’s no cause for concern until the thaw; there is. If you notice a busted pipe or faucet, call to get it fixed right away.

When your shower or sink refuse to drain, it’s usually because they’re holding large amounts of hair, soap scum, and other debris from your daily ministrations. Sometimes you can pull it out yourself, but other times you need a professional’s help to snake the drain. Don’t assume this isn’t an emergency just because it’s relatively ordinary. Leaving it alone for the time being can result in damage to grout, floors, and foundations. If you wait, you may let a hundred-dollar problem turn into a 10,000-dollar one. No, thanks. 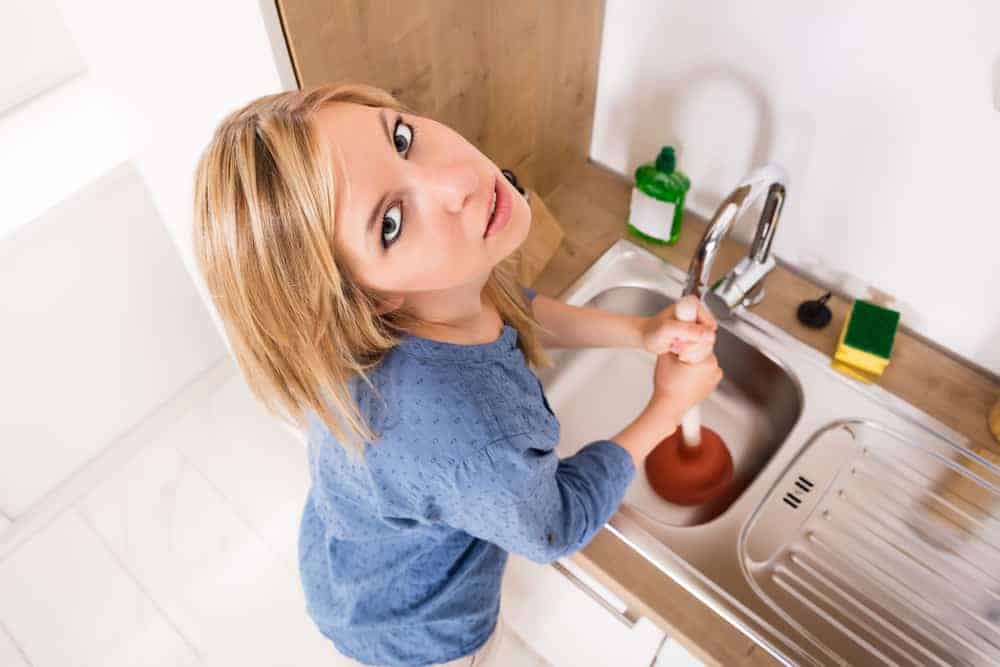 A minor leak in a water heater might not seem like much of an issue, but it can conceal major problems underneath. Think of a small leak like the tip of the iceberg. The rest of the iceberg is a rusted-through interior, a colossal hairline crack just waiting to bust or a valve that’s about to blow. Even if you don’t experience a total catastrophe by waiting, you can lose lots of money heating water when you’re losing it right through that crack. Plus, you might not have enough hot water for guests or dinner dishes – a real bummer when you have a full house.

Again, you don’t always see your emergency coming. For instance, did you know that 47 percent of sewer overflows (of which there are about 36,000 annually in the US) are due to a buildup of oil, fat, and grease? It’s true. The bad news is, these issues don’t leave any signs until the overflow occurs. If you haven’t cleaned out your drains in a while, it’s a good idea to do so before you start washing gravy and basting butter down them.

Shakes and tremors are not unknown on the Eastern Seaboard. Storms are even more common. Anything that can potentially damage underground pipes deserves a visit from the plumber. If you have an earthquake or a downed limb, call an emergency plumber right away, no matter what. This may save you thousands in damage if you catch a busted pipe or main quick enough.

You may lose hot water for any number of reasons. A fuse blows, a pipe cracks, the water heater craps out, the electrical goes haywire. Whatever the reason, a loss of hot water almost never resolves itself. Waiting for it to do so is an exercise in futility. Instead, call your utility board right away to find out if the issue is on their end. If not, call a Monroe emergency plumber to take care of it right away.

8. Gooey Patches on the Lawn

Leaks are a significant source of plumbing emergencies and can cause severe damage. Sure, a little leak isn’t a big deal. But a big one can cause sinkholes in your hard, drown trees and even endanger the foundations of your house.

According to Plumbing Dynamics in Dallas, a 1/8-inch crack in your plumbing can lead to 250 gallons of water wasted in a single day. Not only is that an environmental bummer. But all that water has to go somewhere. Often, that “somewhere” is underneath your house and into your yard. If you see a wet patch on the lawn that isn’t accounted for by rain, call a plumber immediately – it’s an emergency, yo.

If a john stops working correctly, you might assume it can wait till after the party. Especially if it’s upstairs and out of the way, it’s tempting to put the task off until you have more time. (So, when you’re dead?)

But don’t do that. Toilets that don’t flush can quickly turn into toilets that spill everywhere. Added bonus, they carry raw sewage with them – even if you don’t flush them anew. It’s not always possible to deal with the problem with a quick repair, either, especially if you wait. Get emergency help stat so that the issue doesn’t rear its head right when the grandparents arrive.

In some sinks, the garbage disposal is a convenience. If you can use the other side of the sink until a better time, go ahead. In others, though, it’s the only way down the drain, in which case you have to keep it clear at all costs. If the hopper jams or it won’t turn on, that’s an emergency. Don’t wait for the mashed potatoes to clog it up further; instead, call a Monroe plumber.

We hope you now see that not all emergencies present as such, and you can’t afford to wait to find out. Do you live in Social Circle, Athens, Monroe, Conyers, Loganville, Lithonia, Covington, Lawrenceville or McDonough? Please feel free to connect online or give our expert plumbers a call today. We’ll come as quickly as we can, with the right tools, the right knowledge, and the right attitude. We might even have the right knock-knock joke, so feel free to ask us about that too. (Hey, no reason plumbing has to be boring, right?)

So, don’t wait any longer to deal with that plumbing problem before it becomes an emergency. And if it already has, pick up the phone and all a Monroe emergency plumber at 770.385.5660 NOW!