What’s the Worst Thing That Could Happen with Toilet Repair in Conyers?

Toilet repair in Conyers can be a pretty messy job; discover your best options to get the job done right when the worst happens. 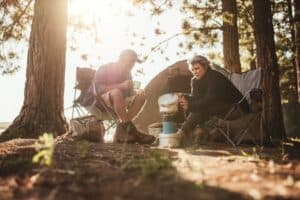 Imagine this little scenario: You race through your morning getting ready for work. In your rush, you notice the toilet didn’t completely flush, so you hit the handle again and head out the door. Hours later, your phone rings at work. Your teenager has just gotten out of bed and is frantic because there are three inches of water standing on the floor in the bathroom and hallway. Worse yet, it’s dripping through the ceiling in the living room directly below. KERSPLASH- the ceiling breaks as the water, the filthy, smelly TOILET WATER, explodes through the tile onto the glass computer desk with your new PC on top of it, before spreading to the floor below.

What Leads to Nasty Toilet Repair in Conyers?

Step one in figuring out what leads to the need for toilet repairs is understanding how the toilet works. When you flush the toilet, water runs into the bowl and creates a siphon effect. The toilet is rinsed, and the nastiness is flushed away. Older toilets require more water than newer models. Either way, leaks are common, and parts wear out.

One of the biggest problems with attempting a DIY repair is causing damage that costs more than the price of a plumber (see the example above!).  What are some of the most common toilet issues that lead to repair? We can look at a few options from Home Repair Central.com and see the most common toilet repairs. Let’s take a quick peek, so you can know what to expect. 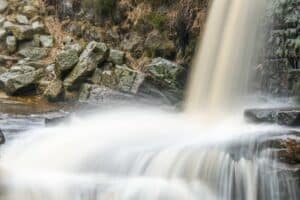 Tricky things to be aware of:

As you can see, many of these toilet repair issues can cause some major water leaks in your home if they are not corrected properly. Calling your Conyers plumbing experts is the best choice you can make to tackle these issues. Contact Anthony Wimpey Plumbing to get your toilet back in working condition, before you wind up with the worst possible toilet repair in Conyers.